The iPhone versus Android battle is heating up. Having long dominated the smartphone market in Australia, iPhone is being faced with genuine competition for the first time, both in terms of market share and usability.

As it stands, the iPhone commands a 38% share of the market, 10% ahead of Android, according to data from Kantar Worldpanel’s ComTech survey. It was buoyed by October’s release of the iPhone 4S, but still recorded much lower growth in 2011 than Android (40% compared to Android’s 82%). Both experienced some churn – 10% – but more iPhone users converted to Android than vice-a-versa.

In terms of usage, while the more advanced Android models from Samsung and HTC are catching up, iPhone users are still far more active on the web and with other non-voice services. iPhone dominates web impressions, owning a share disproportionate to its share of the market at almost 50%. And its users are far more likely to be heavy users of non-voice services – 45% use more than 11 non-voice services a month compared to 27% for Android. However, HTC’s Desire HD and the Samsung Galaxy S are not far behind the average iPhone user, but users of the latest iPhone 4S remain a good distance ahead of the pack.

Brand remains the overriding factor for choosing an iPhone. While for Android, handset brand plays a lesser role with cost, carrier and operating system taking on greater importance.

If mobile app is a major part of your strategy, and you only play on the iOS platform, it might be time to branch out. And if you were clever enough to develop a web app, you’re looking at an exponentially growing user base as Android continues its march to OS equality. 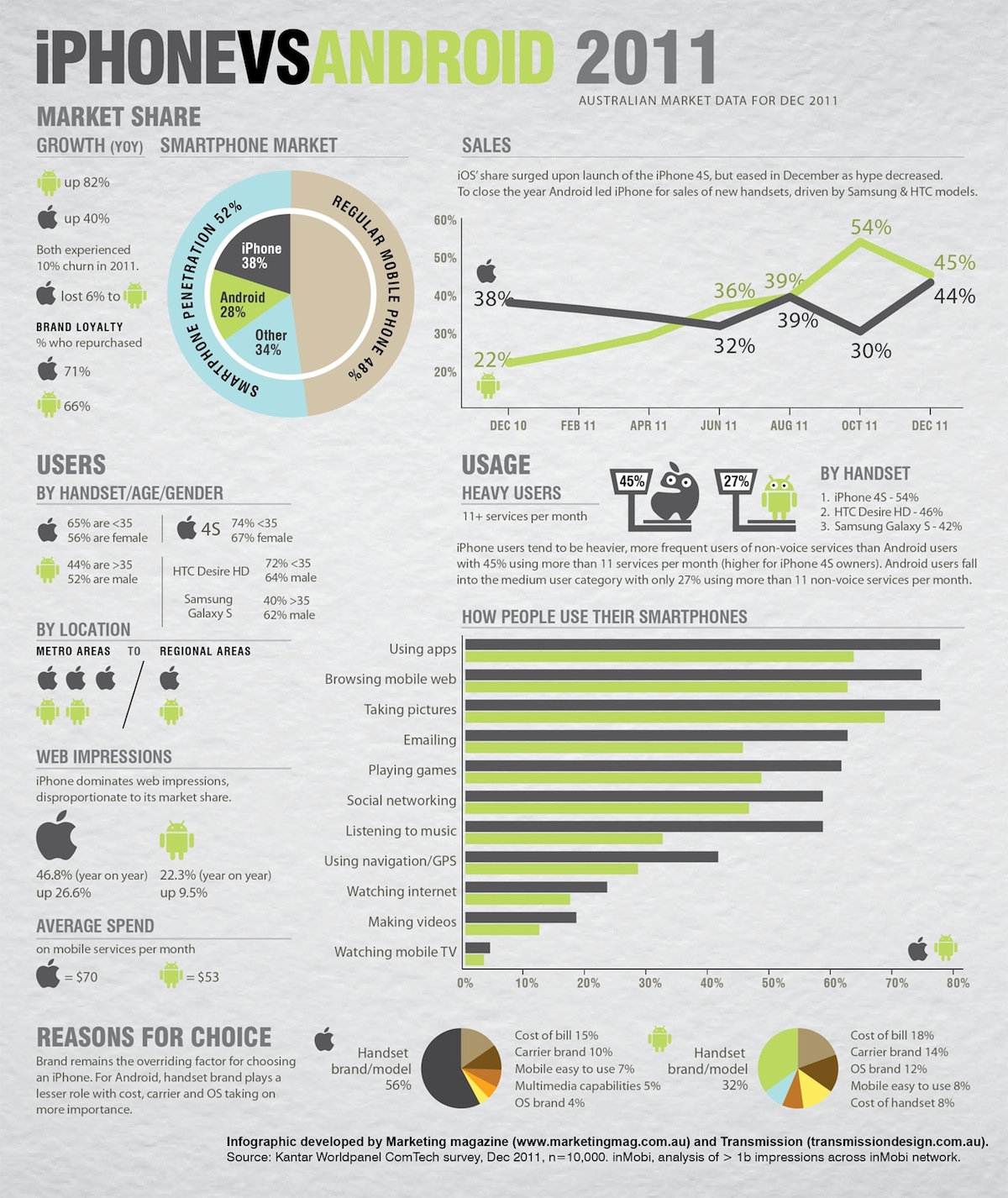