Is corporate behaviour more important to Aussies than homelessness?

Is corporate behaviour more important to Aussies than homelessness? 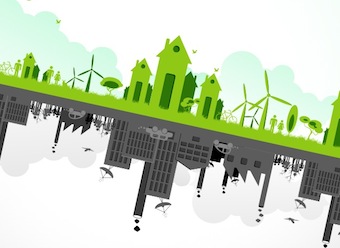 Australians are more concerned about corporate behaviour than homelessness, human rights issues, and the value of investments or shares, new research has found.

The research, compiled by business consultants Shift and research firm AMR, also shows that 95% of Australians believe that corporations have responsibilities that reach far beyond just profit delivery.

Within the definition corporate behaviour, Australians are most concerned with the treatment of employees, behaving ethically, acting for the good of the country and putting people and the planet before profits, with all four ranking within the list of Top 20 issues.

Shift’s managing director Iain Good says the report clearly demonstrates that how a company behaves has direct impact on how likely people are to work for the organisation.

“Companies needed to have a clear purpose and demonstrate consistently transparent and open dealings with its employees in order to appeal to the broader public,” he says.

Goods also says the report reflects how employers need to look for new ways to keep their staff happy and engaged at work, with 83% of Australians rating employee engagement as ‘very important’.

“What our research shows is that loving the company you work within and what it stands for, is proving to be a valuable weapon when pay rises aren’t on the table,” he says.

The report also reveals that company’s behaviour has a direct influence on consumer choices. More than four in five Australians state that, if quality and price are equal, then company behaviours, such as telling the truth, doing what the company promises and behaving ethically, are critical in influencing consumer choice.

“Companies need to find their deeper purpose – their reason for being that makes a difference to the careers of its employees,” he says, “those that do, create a sterling corporate reputation.”

Tags:
Previous Article
‘Twiplomacy’ – world leaders moonlighting as Twitter kings
Next Article
To go shopping is glorious – how brands can succeed on the Chinese shelf