‘Take Back Your Weekend’

Fairfax Media has launched a new campaign aiming to inspire readers to #takebacktheweekend by relaxing and unwinding with a newspaper. The campaign uses the family dog as the narrator, the most chilled out member of the household.

It will run in print, digital, out-of-home and social with versions for The Sydney Morning Herald and The Age.

The Australian Financial Review’s latest campaign poses the question: ‘Who knows how this could affect you?’ around essential topics that consumers need to know about – such as federal government instability, fossil fuels, iron ore, the housing bubble, childcare and superannuation.

It will will include out-of-home, print and online, augmented and social media activity.

Last week Survey 5 results were released, and here are some of the radio networks’ key highlights:

“On Monday, one in seven people on Earth used Facebook to connect with their friends and family,” he wrote.

“When we talk about our financials, we use average numbers, but this is different. This was the first time we reached this milestone, and it’s just the beginning of connecting the whole world.”

Facebook has launched its private photo-sharing app, Moments, in Australia.

“Moments groups the photos on your phone based on when they were taken and, using facial recognition technology, which friends are in them,” product manager Will Ruben explains on the company blog.

“You can then privately sync those photos quickly and easily with specific friends, and they can choose to sync their photos with you as well.”

The Outdoor Media Association (OMA) has announced the winners of its Creative Collection competition for Q2 2015.

Best traditional use of the OOH medium winner: 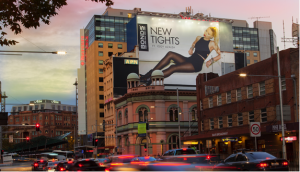 Best use of a special build winner:

Best use of technology/innovation winner:

Campaign: ‘Keys to the City’ 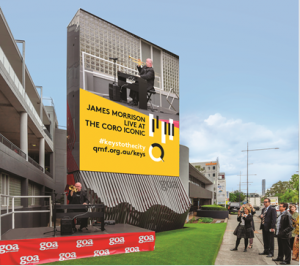