Spotify has started inviting brands to advertise on PlayStation, after its app reached 5 million downloads in the first three months on the device.

First-party data from PlayStation 4 and PlayStation 3 devices will assist brands to reach their target audiences by placing audio ads on the Spotify app.

The deal also includes retargeting to first-party verified PlayStation gamers when they use spotify across desktop, mobile and tablet devices.

Spotify users on PlayStation have streamed more than 1.5 billion tracks to date, and listen for an average of 88 minutes per day.

Instagram has announced it now has more than 400 million monthly active users, up from 300 million nine months ago. Instagrammers are now sharing more than 80 million photos per day.

More than 75% of the Instagram community is now outside of the US. Of the last 100 million to join, more than half live in Europe and Asia.

Twitter has announced Aussie startup Bigcommerce as its partner for its ‘buy now’ button, a new sales conversion tool that enables buying and selling within Twitter.

The new functionality can include a ‘buy now’ button on promoted or organic tweets on desktop, Android and iOS devices. The checkout flow stores and safely encrypts payment and shipping information, allowing returning customers to purchase subsequent items in two clicks.

OOH revenues at $160 million for the quarter

The out of home (OOH) industry recorded a 13.1% increase in net revenue year-on-year for the third quarter of 2015, up to $160 million. The industry posted revenue of $141.4 million for the same time last year.

Year-on-year revenue increased significantly, by 23.1% in September, compared with 9.5% for July and 6.3% for August.

Macquarie Radio Network’s (MRN) news talk stations 2GB in Sydney and 3AW in Melbourne took the number one position in each market, according to the Gfk Survey 6 results.

3AW has been Melbourne’s most listened to station for nine years and currently has a 14.3% market share.

AdRoll has introduced a retargeting solution to reach users of Apple’s Safari browser across desktop and mobile.

Retargeting on Safari has previously been impossible as the browser doesn’t allow third party cookies by default. 30% of all mobile and desktop internet use in Australia and New Zealand is via Safari.

Hootsuite has launched Podium, a free online education platform for anyone to boost their social media expertise. All six Podium courses are free, with more than 40 short, tactical videos on topics including social media marketing, content marketing and social advertising.

Facebook has launched a new feature, Nearby Friends, in Australia for iOS and Android. The tool operates similar to the popular Find My Friends app by locating friends nearby. The new feature is optional. 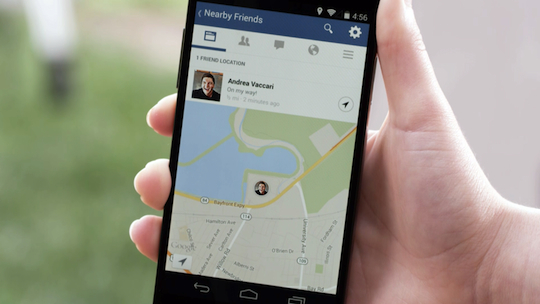