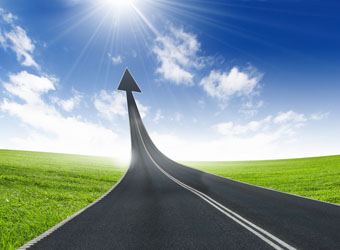 Australia’s advertising elite predict a return to growth for the industry next year, but not before another six months of weak performance.

According to The Australian‘s annual ‘Media Powerbrokers Survey’, the consensus among the 13 media-buying group bosses interviewed is for the market to return to growth in the second half of 2013, boosted by spend around the federal election.

In the meantime, however, conditions are expected to remain week, particularly in the lead up to Easter.

Mitchell, executive chairman of Aegis Media, expects to see a “gradual pick-up in ad spending building in the second half of 2013, linked to improved business confidence.”

Tajer said Mediabrands was in the process of revising next year’s projections up from between 0% and 1%, to 1.5% to 2.5%. “Fourth-quarter projections and sentiment seem to be much more positive than any other period this year,” Tajer told The Australian.

“This, together with an expected interest rate being passed on, may be the right remedy for a pre-Christmas shot of confidence to the broader economy.”

Baxter blames new platforms for the volatility of the market this year. He expects a “growing sense of optimism and confidence amongst advertisers and media owners” as the market corrects itself and adapts to new platforms as they gain traction. “Advertisers have finally begun to recalibrate their advertising investments to better reflect audience shifts into emerging channels and technologies.”

Steedman, chairman and chief executive of GroupM, predicts the market will continue to flatline until the first quarter of next year, but start to grow from the second quarter. “Obviously, much depends upon the fortunes of the US and Europe and early forecasts suggest a tough year in 2013 for those two regions.”

MediaCom chief Mark Pejic was more optimistic than his peers, forecasting growth of 4%, and expects to see “low to moderate growth starting to occur from mid-2013”.

Johns, chief executive of Ikon Communications, commented that encouraging signs for consumer and business confidence were starting to emerge, and anticipates low-single-digit growth for 2013.

However, The Australia reports that the rising chorus of positive sentiment was not shared by everyone, with Slingshot Media chief executive Simon Rutherford of a different opinion.

“I’m yet to see signs of recovery: 2013 will be flat at best,” he said. “While it’s helpful that the US election has been finalised, economic reports suggest that the eurozone could worsen.”

Tags:
Previous Article
World PR Forum: Seven deadly sins of blogger outreach
Next Article
Getting your people behind the brand