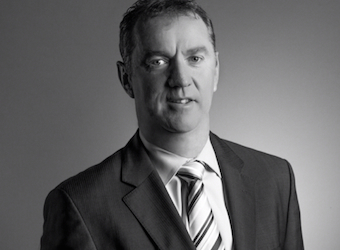 Myer today went some way towards putting its recent executive recruitment embarrassment behind it by announcing the appointment of Gary Williams to the position of executive general manager of strategic planning and business development.

The appointment follows the scandal involving Andrew Flanagan, in which the newly-appointed group general manager of strategy and business development was revealed to have lied his way into the position.

Williams’ role will be more senior than Flanagan’s was to be.

Williams brings global experience across brands including Coca-Cola Australia, where he was managing director, Puma and Reebok. Notable achievements also include six years as a professional soccer player in the South African Premier League during the late 80s and early 90s.

More recently, he has been with Westfield for nine years where he is currently senior executive vice president of Westfield Property Group, based in the United States.

READ ALSO: The Myer hire mistake: how to make sure it doesn’t happen to your business »

In his new role at Myer, Williams will be responsible for developing the company’s strategy and identifying and progressing new business opportunities.

He will join Myer’s leadership team and report directly to CEO Bernie Brookes.

“Today’s announcement, along with the recent appointments of Daniel Bracken as chief merchandise and marketing officer and Richard Umbers as chief information and supply chain officer, further strengthen our leadership team,” Brookes was quoted as saying in a statement to the ASX.

Williams will commence in his role with Myer at the start of August.