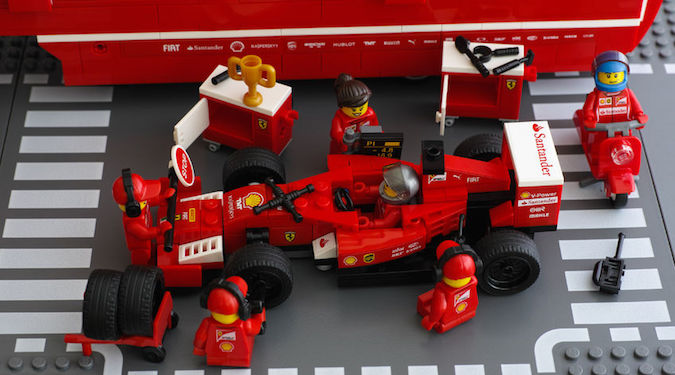 Based on Brand Finance’s Brand Strength Index, Lego is the world’s most powerful brand.

The ongoing success of the children’s toy product, as well as the success of The Lego Movie has seen the Danish brand perform across a range of media and capture true multi-generational appeal.

Ferrari has held Brand Finance’s most powerful brand title for several years, but this year has fallen to ninth place. In a release, Brand Finance puts its waning powers down to a few key factors, including many years now without a Formula One title and the sheen and glory wearing off from its 1990s heyday.

The Lego Movie has taken in nearly US$500 million since its release last year.

“Lego is a uniquely creative and immersive toy; children love the ability to construct their own worlds that it provides. In a tech-saturated world, parents approve of the back-to-basics creativity it encourages and have a lingering nostalgia for the brand long after their own childhoods,” says the Brand Finance announcement release.

Earlier this year, Brand Finance released its most valuable brands annual results and Google topped the list with a value of $109.5 billion.