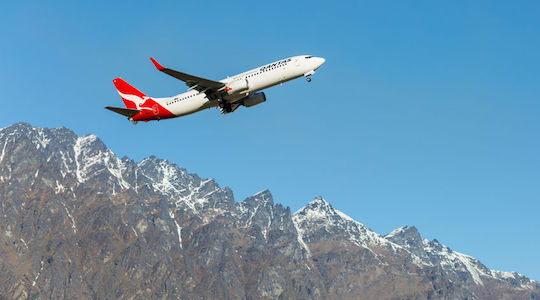 Qantas Loyalty is the top rated Australian program based on its performance and portion of income and share value it adds to the organisation.

64 of the top 205 ASX-listed companies have a loyalty program of some sort. Of these brands, there are 49 type A programs, 68 type B programs and 311 type C programs on offer.

The top performing organisations with type A loyalty programs and a ‘buy’ rating from Deutsche Bank, in order, are:

Qantas Loyalty contributes around 9% of group revenue and 20% of operating income for the national carrier. The program has been a solid performer, and if Qantas Loyalty were to be valued as a separate entity, the report expects the program could be worth between $5 billion and $5.3 billion.

It also suggests that Qantas Loyalty constitutes around nearly 85-89% of the current QAN stock price. Deutsche Bank’s analysts explain their reasoning in the report: “QAN Loyalty, being a type-A program, contributes around 9% of group revenue and 20% of the group’s operating income. The performance of the division has been solid throughout and remains one of the most profitable businesses for QAN.

“If we were to value Loyalty as a separate entity, we believe could be worth between A$5 billion and $5.3 billion based on an one year forward EV/EBIT of 12.6x or a PE of 18.9x in line with peer companies. This implies that Qantas Loyalty constitutes around nearly 85% to 89% of current QAN stock price and 60% to 64% of our target price. In other words, what this means is that the core business of QAN is valued at discount compared to its global aviation peers. We continue to rate the stock a ‘buy’ with a target price of A$4.45 per share implying a 42% upside to current trading levels.”