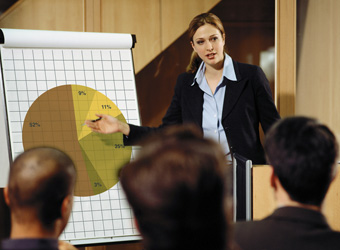 In a reversal of the accepted order, what you know, not who you know, is becoming more important to the supplier-client relationship as financial pressures on businesses mount.

According to research from professional services firm, rogenSi, old school networks and agreements made on the golf course are set to become a thing of the past as business buyers adopt a more rigorous approach to selecting suppliers.

The force behind the tightening of the business belt is the ever-present financial crunch, with 92% of the 3000 organisations surveyed crediting the global financial crisis as the main driver behind greater scrutiny during the pitching process. The emphasis is now being placed on the ‘right solution’ rather than relationships and politics, as lower budgets and heightened risk avoidance change procurement practices.

A fear of wasting money by making a bad decision now pervades procurement, according to director of rogenSi, Neil Flett, which means relationships, as well as pitch creativity, is giving way to reliability and rigor when it comes time to pitch.

“The rules of engagement have changed,” Flett says. “We’re seeing a significant shift towards more formal processes, a demand for quality and value in addition to scrutiny of costs. The bar has been raised, and raised significantly.”

While the study claims relationships have become less important, it concedes that they’re not out the window altogether. “What were once considered bid-winning tactics and strategies are now just entry tickets to the game,” Flett adds. “If selected to play, that’s when the real fun begins – bidders can then move beyond rational appeals with a heavy dose of inspiration and emotion to close the deal.”

That major buying decisions are now primarily driven by the head rather than heart is a commercial reality, with ‘understanding my business’ cited by 38% of respondents as the single most important influence, compared to 32% in 2008, and ‘chemistry’ with the bidder falling in importance from 23% of buyers in 2008 to 13% in 2012.

Flett says the figures signal the emergence of a more sophisticated pitching process. “Not only is a more rigorous process being applied, but control is getting tighter, criteria are getting tougher and processes more arduous. The challenge is no longer winning the business, it’s getting on the shortlist.”