Unilever’s innovative approach to mobile marketing has earned it the title of Smarties Global Marketer of the Year 2014. Hindustan Unilever and PHD received the ‘Best in Show’ award for their ‘Kan Khajura Tesan’ campaign in Bihar, India, at the Mobile Marketing Association (MMA) awards.

The campaign employed an innovative solution to reaching India’s rural population where traditional media covered only 20% of the population but mobile ownership was at 86%.

Unilever created its own media channel, a phone number that people could call to consume free, on-demand, always on entertainment, interspersed with plenty of ads for key Unilever brands.

“Khan Khajura Tesan was a beautiful campaign that proves that marketers are only limited by their own imagination regarding what’s possible in mobile,” said Sheryl Daija, chief strategy officer at the MMA. “Many of the winners of the 2014 Smarties exhibited that while mobile is most global of media, it is also the most local.”

“In emerging economies, like India, mobile is often a lifeline to people in remote villages and towns.

“Mobile is likely to have a bigger and more disruptive impact on marketing, advertising and the building of brands than the internet. The rapid growth of mobile is transforming how people connect with each other and with brands, with huge potential for heightened engagement with our consumers.”

Other winners of the major Smarties awards were:

On the local front, ‘Game of Phones’ was a hit, with Virgin Mobile Australia and Starcom Australia in partnerships with OGB and Havas Worldwide securing two gold awards, for promotions and enabling location-based technologies.

Rip Curl and VML Australia picked up a gold award for wearables impact on marketing with their Rip Curl Search GPS, which tracks waves, measures speeds and uploads to the cloud. 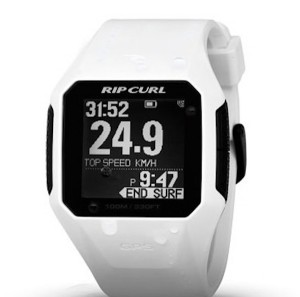 Kia and MNET’s won a brand awareness bronze award for their ‘Game On’ tennis app promoted during the Australian Open television coverage.