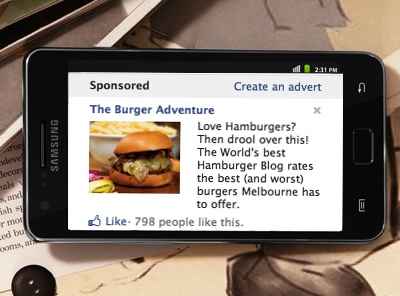 In a matter of weeks, Facebook is expected to start showing ads in its mobile apps according to a report by The Financial Times.

As the company prepares for its IPO, it is also readying to serve what it calls ‘featured stories’ in the news feeds of its apps to help boost revenue streams as access of the service via mobile device continues to grow.

The Times reports that people familiar with Facebook’s planning say the social network is already talks to advertising agencies with the ads likely to launch in early March ahead of May’s public offering.

One of the weaknesses in Facebook’s future profitability is the lack of ads on its mobile apps which are used by half of its 850 million at a growing rate. The company flagged that this lack of mobile revenue “may negatively affect our revenue and financial results” to investors when filing its IPO papers.

According to The Times, “The move will test Facebook’s ability to balance shareholders’ interests, in maintaining rapid revenue growth, with those of its users, who may be unwilling to accept too many commercial messages on the small screen of their most intimate device.”

Facebook will hold an event for marketers in New York on February 29, where it is expected to unveil its mobile advertising plans and announce more features for brands, such as Timeline which is being rolled out to all users in the coming weeks.