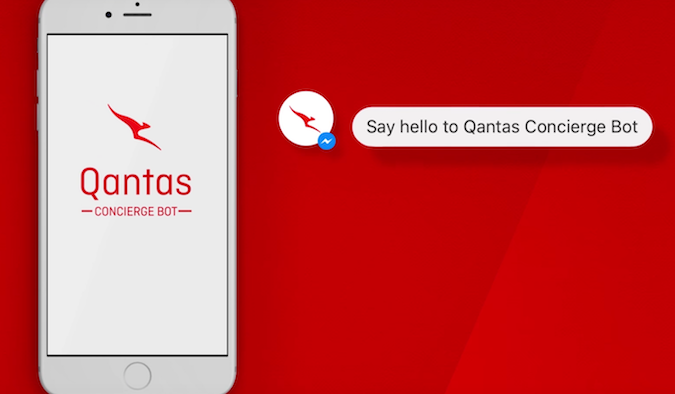 As part of its strategy to give customers faster responses and more relevant information through easily accessible channels, Qantas has launched the Qantas Concierge chat bot.

“We recognise that different people want to communicate with us in different ways,” says Kristin Carlos, Qantas head of digital and entertainment. “With over 15 million people on Facebook in Australia, growing our presence with the social networking service makes sense.

“Qantas Concierge is designed to save customers the time and energy involved in planning a trip while empowering them to self-serve from a virtual library of rich travel content,” she says.

Customers will be able to access sale and destination information in line with their interests.

The service will aim to become more user friendly and effective over time. Throughout the year, the national carrier plans to grow chat bots capabilities to offer a full suite of concierge services including operational notifications, itineraries, flight and gate change info and boarding passes.

The launch of the bot sees Qantas become an official Facebook partner. It was also recently the first airline to work with Facebook on advertising through the Instagram Stories platform.

“Facebook’s partners are a community of best-in-class companies who are looking for innovative means to talk to their customers and new audiences,” says Paul McRory, group industry director at Facebook Australia and New Zealand.

Previous Article
After huge UK sales, Compare The Market meerkat toys come to Australia
Next Article
Curation is the future of programmatic video as private and open marketplaces blur