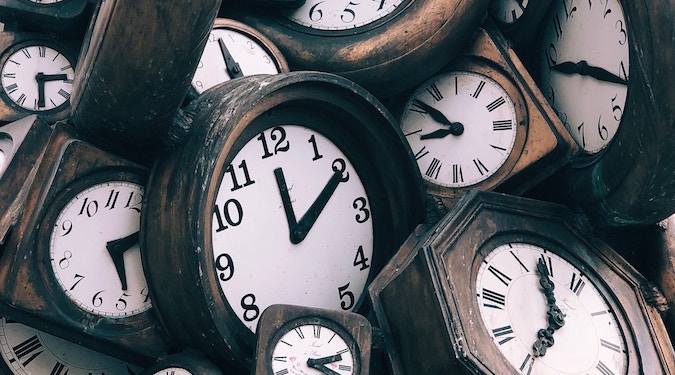 Whether you’re in marketing, publishing, advertising or any other business, Rob Morrison has some timely advice on saving time.

It’s a business cliché; ‘The single most valuable resource we have in business is not money or machines, it’s time’. There’s endless opinion pieces, books and lectures on the subject.

Given I’ve survived these (and many other short-term answers) I figure it might be helpful to share the tactics which have genuinely worked – at least for me. Some simple tips to save hours and days.

Things change. Competitors drops their prices. Products are launched. Social media loves you then hates you then loves you again. Sadly, there’s still a lethargy about lots of companies. It’s hard to be nimble when the process was set up when we didn’t need to be.

It starts with the paperwork. Signed in triplicate. And ruminated upon. For a fixed timeline. So, by the time anything gets in market, the market has shifted again.

It’s why we introduced a second, more agile process – not to replace our full and thorough workflow, but to complement it. Short-hand forms with just what’s needed to do the job, low-touch or no-touch senior involvement. Weeks turn to days and sometimes hours, and with the right people, the quality is retained or even improved.

It’s timely that we talk about Christmas. Many a retail marketer, Adland professional and North Pole resident is frantically putting the finishing touches to the end of year rush.

Here’s the insightful reality: Christmas is at the same time every year. I know, Earth-shattering right?

You’d be amazed at how often it seems to come as a surprise. The truth is the Christmas 2019 brief can be lodged with the agency in the first week of January. It’s how John Lewis UK have owned Christmas for the last decade. They start early, really early.

Next year’s activity really can be started the moment this year’s event ends.

As a young, impetuous copywriter I hated anyone touching a single word I’d written. Not quite a tantrum thrower but I was always protective. Older and wiser, now if someone wants a change that genuinely doesn’t make a difference, I let it go. I can’t tell you how much time it saves, and energy.

So, whether it’s a proposal or a presentation, a press release or a pricing strategy – try letting go of the neutral changes, those that don’t really make a difference.

4. Organising is the height of laziness

You know that idea you had two years ago that you couldn’t get backed? Or that reference article that you wanted to use as inspiration? Or that video you wanted to incorporate into a presentation but didn’t quite fit?

If not, then can I politely suggest you get better organised? Because hunting for those things is a frustrating waste of time. Hours and hours and hours. I’m often described as being the tidiest creative my workmates have ever met.

Truth is, it’s born out of laziness. I hate looking for things, it’s exhausting. If I’m organised, it lets me be lazy.

That’s it. Four simple tips to give you back hours, weeks and (in my case) years. Oh, and the irony is not lost on me. In a column about how to save time, you’ve just spent two minutes reading. So, thank you for the investment. I hope it was worth your time.