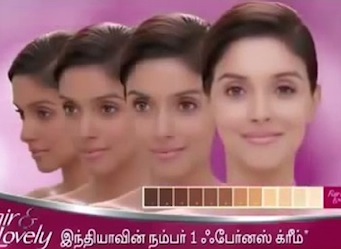 After seeking industry and public feedback to a draft it had issued in June, the ASCI says its new guidelines will, “go a long way in ensuring that advertisements of products in this category do not depict people with dark skin as somehow inferior to those who are fairer”.

READ ALSO: What does Dove’s ‘Real Beauty’ really do? Shine a torch into the attic of Unilever »

The ASCI released the following guidelines to be used when creating and assessing advertisements in this category:

Commenting on the new guidelines, Partha Rakshit, chairman of ASCI, said in a statement to media: “Setting up these new guidelines for the skin lightening and fairness products will help advertisers comply with ASCI code’s Chapter III 1 b which states that advertisements should not deride any race, caste, colour, creed or nationality. Given how widespread the advertising for fairness and skin lightening products is and the concerns of different stakeholders in society, ASCI saw the need to set up specific guidelines for this product category.

“As a self-regulating body, it is important to have the advertisers’ buy-in to the guidelines, and we are happy to note that both the industry and the consumer activists’ groups have welcomed these guidelines.”

Under the new guidelines, many previous campaigns by consumer goods giants Unilever and P&G would come under scrutiny, such as the following spots for Unilever’s Fair & Lovely brand, and P&G’s Olay Natural White brand.