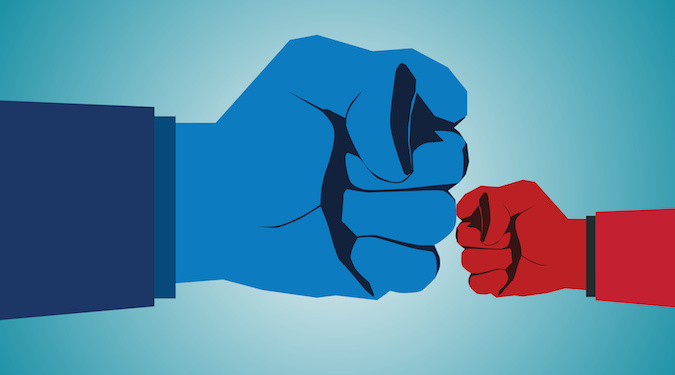 Free TV Australia has lodged its submission to the ACCC’s inquiry into digital platforms, addressing the market power of Facebook and Google.

Free TV Australia made its public submission to the ACCC on 20 April, calling out Facebook and Google’s unfair advantage in the advertising space. The document raises several complaints:

In another statement today, Free TV CEO Bridget Fair is calling for the expansion of the ACCC’s inquiry to include issues related to the recent Cambridge Analytica data breach scandal. The inquiry directed by Hon Scott Morrison MP formally commenced on 4 December 2017, with the ACCC opening itself to submissions on the matter from consumers, media organisations, digital platforms, advertising agencies and advertisers on 26 February 2018.

“Digital platforms like Google and Facebook are part of the sweeping technological and cultural changes,” says ACCC chairman Rod Sims. “Our aim is also to understand better the digital platforms’ business models and how they operate behind the scenes.”

“This is a watershed moment for the media sector. Google and Facebook have become virtual monopolies, with huge influence and market power, but very little regulatory oversight,” says Fair. “We are competing with these platforms for advertising dollars and for viewers. The ACCC has a critical role to play in ensuring that this fight occurs on fair terms.”

On the responsibility of digital platforms to protect user information, Fair says, “When even Mark Zuckerberg is saying that Facebook needs to be regulated, we should be taking this as a golden opportunity for change.

“It is clear that practices of data collection and sale by digital platforms is a major issue that impacts consumers, advertisers and traditional media outlets. This information is being used to generate and target fake news, for advertising purposes and to influence our political processes.”

In retaliation, Facebook’s own submission challenges several of the concerns raised in Free TV’s document, including Fair’s claim that the pair have become “virtual monopolies”. The social media platform claims that it exists in a dynamic market  – where advertisers have access to demand side platforms and agency trading desks – thus advertisers are able to curate their spending between channels instantaneously.

A statement from Facebook’s director of policy for Australia and New Zealand, Mia Garlick, says, “we operate in a fiercely competitive, multi-sided marketplace where we – like all ad-supported businesses – must attract, engage and balance the interests of our community, advertisers and publishers to meet their rapidly evolving preferences.”

The ACCC is expected to make a public release of the submissions made to its inquiry by the end of the week.

Previous Article
When you trade in your old iPhone, Apple will donate to charity
Next Article
Failure is the new flawless – drop the mask and cash in