Jacqueline Bourke looks at the ‘vanguardians’ trend of brands with a purpose to foster positive, global change.

Last year Twitter’s Biz Stone stated “in the near future, companies will spend most of their advertising dollars on … philanthropy”. Looking at the recent Cannes Lions Festival winners, it would seem to have nearly happened already with a marked increase in ethically minded campaigns. The question is, why?

Brands today are no longer positioning themselves as faceless corporations, but as individuals with thoughts and agendas on issues that matter to their consumers. The Brand Footprint report published by Kantar Worldpanel earlier this year showed that brands which grew in popularity the most in 2014 were those with a social conscious.

For example, Dove’s campaign for Real Beauty boosted the company into the top 10 brands globally because it showed itself as a brand that is rooted in listening to women and a driver of social change via an unprecedented effort to make beauty a source of confidence, not anxiety across the globe. Dove’s campaign was in response to global study results that found only 2% of women would describe themselves as beautiful. When the same survey was conducted in Australia that number dropped to just 1%! Dove’s campaign for Real Beauty is a perfect example of vanguardians – intrepid individuals and brands who foster positive, global change. Brands with a purpose. 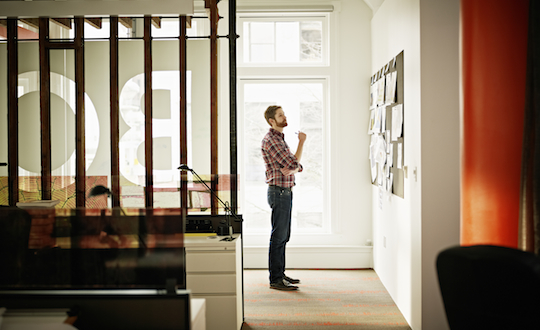 It seems the impact of the digital generation is beginning to have an effect on our visual expectations. Consumers and industry professionals want brands that challenge the status quo and ignite social good within their campaigns. Don’t believe me? Then you may be surprised to read that when Getty Images researched this trend we discovered that the search term ‘social responsibility’ had grown by 75% over the past five years in Australia and New Zealand. Furthermore, the advertising and marketing industry at large recognised such a growth in vanguardian brands leading the charge to break unconscious gender biases that the recent 2015 Cannes Lions festival saw the launch of the inaugural Glass Lion, or Lion for Change award to celebrate work that “shatters stereotypical portrayals of men and women”.

Campaigns such as the ‘Donation Posters’ by Public Transport Victoria, which scored a Bronze Lion at the Cannes Lions Festival, have generated success and high levels of engagement with consumers through its ethical messages. Taking the time to analyse customers as individuals with a social conscious, the PTV campaign highlights the fact that every day in Melbourne, over 25,000 homeless children don’t have a place to call home and commuters are lost for a solution to help. The activation uses Melbourne’s public transport cards to allow commuters to donate directly to billboards, with the phrase “touch on again to send a homeless person home”. Public Transport Victoria is tapping into their consumer by engaging on an emotional level, demonstrating that the company supports issues relevant to its target audience.

With the revolution of technology and social media, consumers are savvier and more informed on global events than ever. Those who give the morning news broadcast a miss, can see the highlights on Twitter or better yet, use a trending hashtag to show they care, such as #lovewins, which became the top trending hashtag in Australia after the US legalised gay marriage at the end of last month.

As consumers become more aware of social and global issues, they expect the same from businesses. Customers are demanding to understand the ethics of brands, and reward those who provide transparency into their business models. Where we once bought into images of aspirational lifestyles and handsome faces, we now value a brand with purpose that relates to our beliefs.

A unique collaboration with Optus, Google and tech company Shark Mitigation Services to launch the recent ‘Clever Buoy’ campaign in Australia is a great example of brands that are using their fundamental business offerings to protect and make a difference to the broader Australian community. By harnessing new and existing technologies across the three brands, Project ‘Clever Buoy’ saw the creation of the world’s first smart ocean buoys that can detect sharks and alert those on the beach via the Optus network, to minimise the risk of shark attacks. What started as a brainstorm idea, became a digital project that has the potential to improve the lives of every Australian at a place they love, gaining each brand involved a greater share of their consumers’ trust and loyalty.

What’s becoming clear, is the role that imagery plays in communicating ethical messages. In a society that is obsessed with social ‘sharing’, brands are using provoking imagery that grabs consumer attention to help their messages spread like wildfire. Just as brands and individuals can use their power for good, powerful imagery can be used as a proactive agent for change. If brands genuinely walk the walk, this trend transforms into an amazingly effective creative tool for marketers. That said, consumers are more sophisticated than ever when it comes branding and media, and they can spot a thin veneer from a mile away. While many companies may attempt to position themselves as a brand with a purpose to keep pace, there is simply no pretending to be a better global citizen than you actually are in the world of social media.

An example of where imagery can be used to stir change is ‘Project Everyone’ of which Getty Images is a founding partner. The campaign launches this September with the mission of reaching 7 billion people in seven days with the UN’s huge Global Goals campaign including aims such as ending poverty and inequality by 2030. Imagery is a critical part of this campaign as visuals translate the messages into a more accessible, shareable format. Furthermore, images that transcend language are universally understood and are highly evocative. It is hard to put yourself in the shoes of someone, somewhere you’ve never been. Imagery brings these causes to life, offering a window into global issues.

The power of a social message, combined with meaningful imagery, increases a brand’s presence and popularity. By utilising their phenomenal reach, brands not only tap into their customer’s beliefs but bring social and global issues to a far larger audience – even the whole world.

Next time you’re researching visuals for your campaign, think about reaching your consumers on a personal level and promote goodwill. If you want to tell the visual story of the vanguardian, you need to be prepared to be one. And, as far as I’m concerned, that’s a wonderful thing. 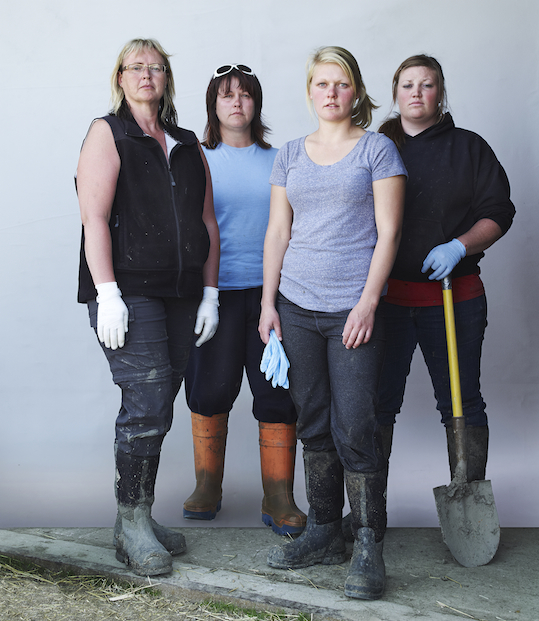